After a year’s absence due to the pandemic, Klamath Ice Sports will present its 19th annual figure skating spectacular, GOTTA SKATE, at the Bill Collier Ice Arena on Saturday, March 5, at 7:00 p.m. The ice show will feature a cast of both professional and high-level amateur figure skaters, including three U.S. national champions.

A number of other competitive amateur and professional skaters will also be in the show. including Paige Rydberg, Samuel Mindra, Jason Graetz, Andriy Kratyuk and Alena Budko,

“For the return of our ice show, we wanted to feature top skaters from each of the three figure skating disciplines,” notes Bill Anderson, the ice arena’s director, “including singles, pairs and ice dancing.  This is a great cast of skaters!  Let’s hope for good weather that weekend.”

The skating show is being co-directed and choreographed by Autumn Morin and Annee Magee, professional skaters and coaches from the Portland area.  Ms. Morin served as co-choreographer of the ice show two seasons ago.  Both women will also be featured skaters.

Tickets for the ice show, which includes special on-ice and hockey box seating, may be reserved in advance online at www.klamathicesports.org.  Reserved tickets range in price from $22 to $40.  (All ticket purchases are subject to added transaction and processing fees.)

General admission tickets, which will also be available at the door, are for standing room along the east side of the arena and are priced at $11 for persons six years of age and older.  Children five years of age and under are admitted free.

Reserved seats in the infra-red heated bleachers at the south end of the arena, which also has spaces reserved for wheelchairs, are priced at $22 per person.

Reserved “on-ice” seating in rows of seats set on an expanse of portable flooring at the south end of the ice sheet, as well as in single seats along the east side of the ice arena, is available at $40 per person.  Persons seated in these areas will have access to a choice of warm beverages before and during the show.

The Bill Collier Ice Arena develops and provides a variety of wholesome on-ice sports and winter-time activities for the residents and visitors to the Klamath Basin, promoting participation by youth and families at a reasonable cost in a beautiful and unique year-round multi-use pavilion setting.

After-school skate is a cheap skate session are an inexpensive way to help keep students active as the weather gets colder.

Open skate sessions are a fun outdoor family activity for all ages.   In accordance with Covid-19 procedures, please purchase admission tickets online and bring a copy of your receipt with you as proof of  purchase. Tickets will not be available for purchase at the door. 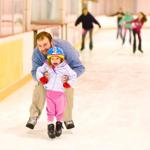 Calling all fathers and daughters!  This special Sunday skating session is "free" and open to fathers and daughters only, compliments of Holliday Jewelry!  Each person is requested to bring a non-perishable food item for donation to the Klamath-Lake Counties Food Bank as an admission fee.  IMPORTANT:  ONLY FATHERS AND DAUGHTERS WILL BE ALLOWED TO SKATE AT THIS EVENT!

In today's fast-paced world, children juggle more tasks than ever.  As a unique outdoor recreational opportunity, the Learn To Skate USA program teaches kids on-ice skills that are also important lessons in life, including the confidence and joy that comes with conquering challenges and accomplishing goals, all through participation in our Tuesday afternoon or our Saturday group skating lessons, each of which take place over six consecutive weeks.

The lessons learned in ice skating are also lessons in life. The confidence and joy you see your kids gain today will become the greatness your kids achieve in the world tomorrow.

Learn to Skate and Play

Welcome to the "Coolest Game On Earth!"  Our Learn-To-Skate and Learn-to-Play Hockey programs are committed to providing quality instruction in the basics of skating that progresses to participation in a variety of "stick-on-puck" activities, all conducted in a positive, constructive and fun environment.  The program promotes a lifelong love for the game while teaching fundamental lessons and skills that will serve students throughout life.

THANK YOU TO OUR SPONSORS! 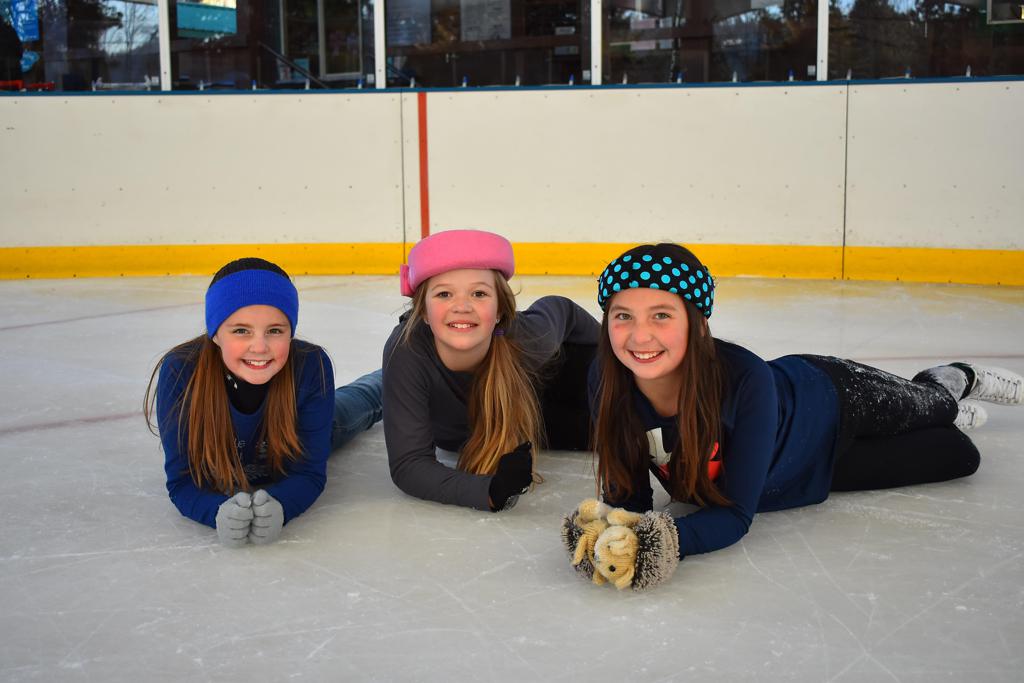 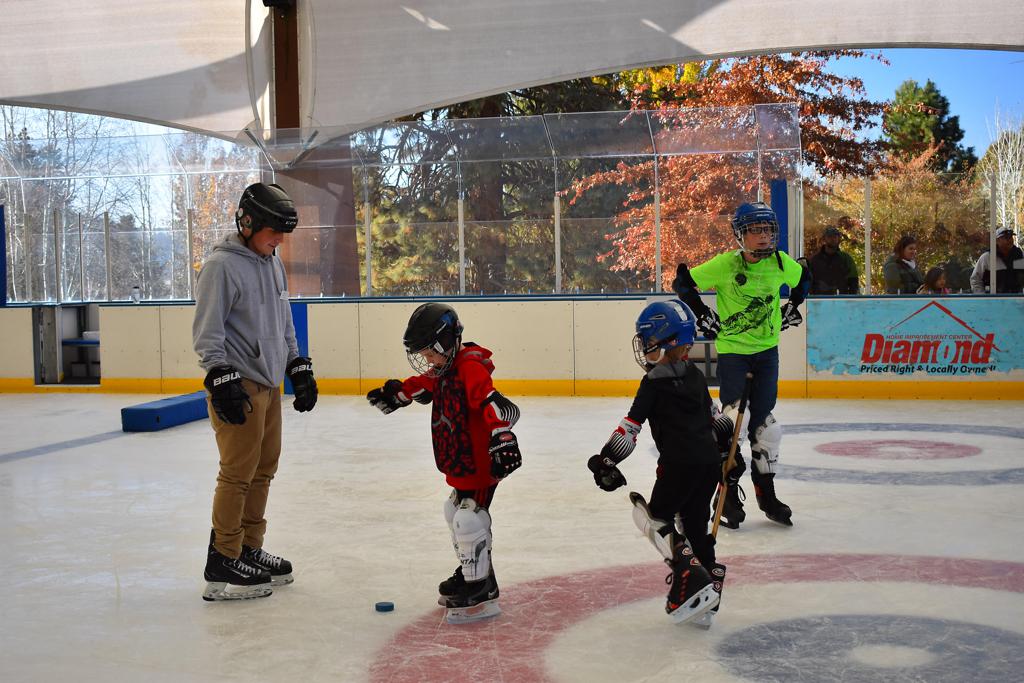 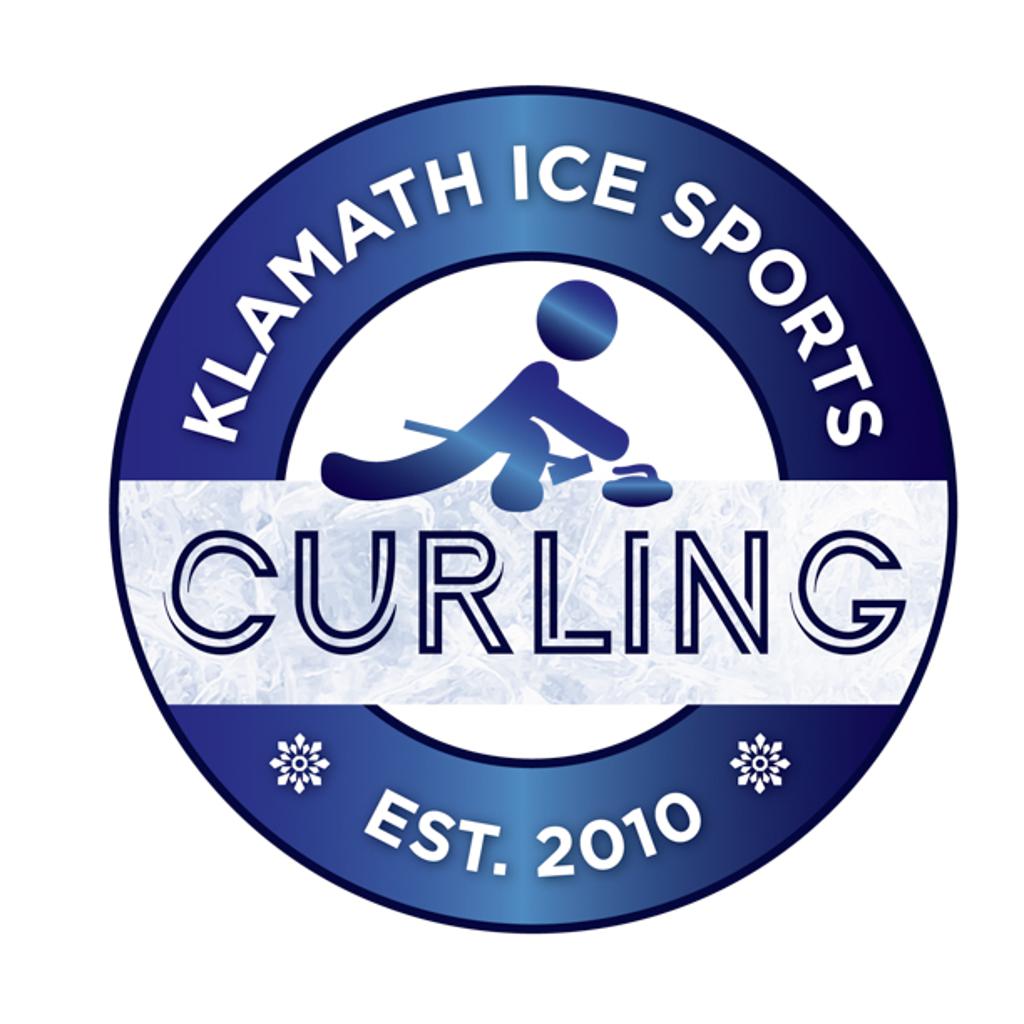 This past weekend our 8u and 10u team participated in the Oregon State Hockey Jamboree! #hawkshockey #usahockey https://t.co/FUS4O6eZeH

Join us for an amazing opportunity to learn from Ashley Wagner! This seminar with focus on combining the technical… https://t.co/tFQlvbgl6f

What a great weekend of hockey! This year's MLK Challange Cup was a success. Congratulations to all the teams! Winn… https://t.co/Brqqxrq7Nk